Kevin Duffy is CEO of Sound United and its holding company, DEI Holdings. Kevin joined DEI Holdings in 2003 and has served in a variety of roles including Chief Financial Officer, President of Directed Electronics, an Senior Vice President of corporate Development, Marketing, and Investor Relations.

Before joining DEI, Kevin worked for ThinkTank Holdings LLC, a private investment firm located in Southern California and for one of its portfolio companies as Executive Vice President. Kevin’s previous experience includes serving as Director of Strategy at Clarion Corporation of America, as well as consulting with Bain & Company and Deloitte & Touché.

He holds an Bachelor of Arts in Economics from Princeton University and a Masters of Business Administration from the Stanford Graduate School of Business. 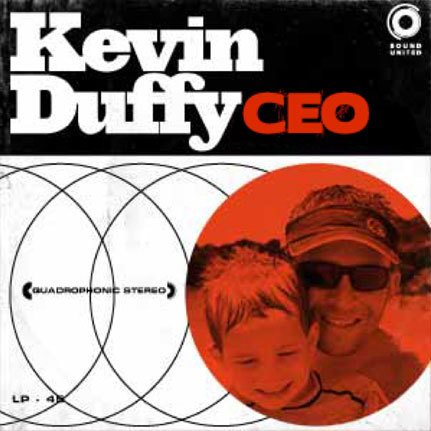 Counting Crows, August and Everything After

Gary joined Sound United in 2016. Prior to Sound United, Gary held the position of Vice President of Procurement at Harman responsible for $3.6B spend. Prior to Harman, Gary held various senior level positions at Motorola both in Europe and US including heading global outsourcing for Motorola’s Home and Networks Division ($12B Rev). Gary started his career at Ford Motor Co., based at their R&D center in the UK. Gary holds a Bachelor of Science in Engineering Management from Anglia Ruskin University, UK. 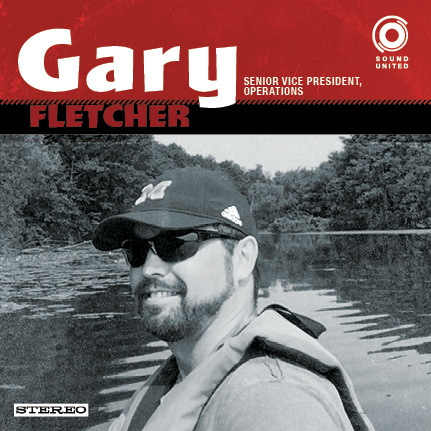 Eugene is head of Strategy & Corporate Development at Sound United.

Previously, Eugene was the Sr. Manager of Corporate Development for WPP Group, the global advertising and communications services business, with responsibilities for the development and execution of a robust acquisition pipeline. Prior to that, Eugene was on the private equity investment team at New Mountain Capital, a diversified investment firm with aggregate AUM of over $20B.

Eugene holds a Bachelor of Science in Finance and Accounting from the McDonough School of Business at Georgetown University. He is Chairman of the Board of Directors of The Hilltop Microfinance Initiative, a non-profit organization aiming to empower underprivileged entrepreneurs in the greater D.C. community. 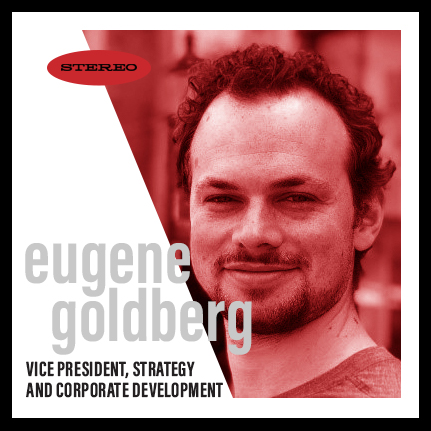 Debra joined Sound United in 2018. She is also currently a Board Director for Self-Esteem Brands (Anytime Fitness), a privately held international fitness company.

Debra’s most recent experience was Chief Information Officer for Charlotte Russe, Inc, a fashion retailer based in San Francisco. Debra began her career at Gap Stores and then moved to Longs Drugs where she worked her way up to Vice President of Application Development before leaving to join Jack in the Box as their Chief Information Officer. She holds a Bachelor of Arts in Business Administration from Saint Mary’s College in Moraga, California. 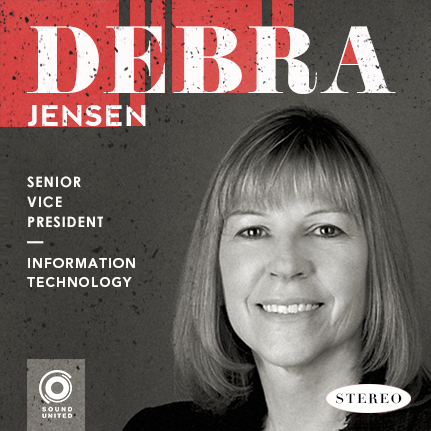 Bart joins us most recently from Stanley Black & Decker, where he served as President of Emerging Markets while based in Dubai and oversaw a $300M line of business, which included legacy tooling brands De Walt, Stanley, Black & Decker, Facon and Proto. Prior to his role there, Bart spent the first 15 years of his career working in branded audio, including time as general manager for Marantz in the 1990s (where, coincidentally, he worked with Terry on numerous projects) before moving on to several longstanding executive leadership positions at Philips, Asia-Pacific, ARC International and First National Glassware.

Bart’s global experience as a seasoned business development professional — which includes a deep understanding of sales, marketing, supply chain, factory logistics, mergers / acquisitions and product strategy, to name a few — bodes extremely well for Sound United as we continue to scale our mission of Bringing Joy to the World through Sound.

Originally hailing from the Netherlands, Bart’s first language is Dutch. He also speaks English, German and French. Bart holds a Bachelor of Science degree in Industrial Engineering & Management from the Eindhoven University of Technology. He is married and has six children. 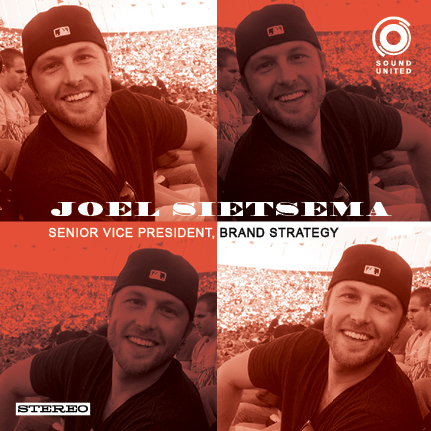 Scott St. Clair joined Sound United in 2019 as the Chief Financial Officer. Following over a decade at PricewaterhouseCoopers, Scott spent 12 years with private equity-backed portfolio companies managing the finance and accounting functions. Prior to his successful career, Scott earned Bachelor of Accounting and Master of Taxation degrees at Brigham Young University. When he’s not working hard at Sound United, Scott enjoys spending time with his adopted daughters, fly fishing, and staying in shape. 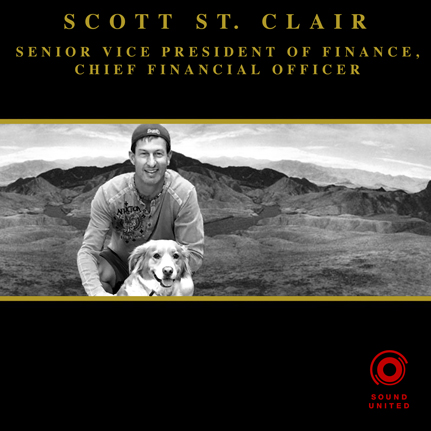 Brendon joined Sound United as part of the acquisition of D+M and has a Bachelor of Science in Physics from the University of California, Santa Barbara. 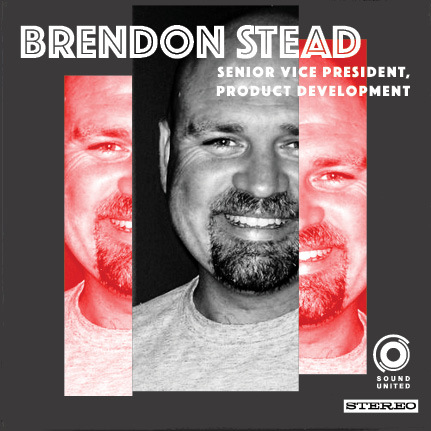 Frank brings an extraordinary background to Sound United. With over 30 years of experience in the industry, Frank has earned numerous accolades and awards, including Dealerscope Hall of Fame inductee and “CE Leaders that Rock,” as well as “Master of CE” from CE Pro Magazine. Frank began his career with Infinity Systems, a division of Harman International, and has gone on to various roles at household names including Niles, Nortek, and other industry titans. At Sound United, Frank serves as the GM for Americas business operations throughout Canada, Latin America, and the United States, driving revenue and improving our go-to-market approach across Sound United brands.

The Beatles, Meet the Beatles

Genesis, The Lamb Lies Down on Broadway

Andrew joined the company in 2019 and comes with 20 years of strong business experience in both human resources and corporate finance. In his most recent role with NuVasive, a global medical device company, Andrew had worldwide responsibility for talent management, talent acquisition, corporate culture initiatives, acquisition integrations, and HR operations for key business units of their organization. Andrew holds a Bachelor of Arts in Finance from Michigan State University.

A lifelong brand and sports marketer, Blair began his career working the agency world helping brands launch their latest and greatest. Following that he transitioned to Nike, Inc., first in Canada and then at the WHQ in Beaverton, OR. Blair led the strategic marketing planning for many of Nike’s largest customers and worked to creatively integrate the brand into retail settings across North America.

After nearly 5 years with Nike, Blair transitioned to the US Olympic Committee and spent 6 years helping America’s athletes achieve their dreams through working in the divisions of Brand Marketing, Consumer Products and NGB Marketing.

Prior to joining Sound United, Blair was the Managing Director of Under Armour’s European, Middle Eastern and African business being one of the first executives on the ground to help launch the now infamous global sports company. 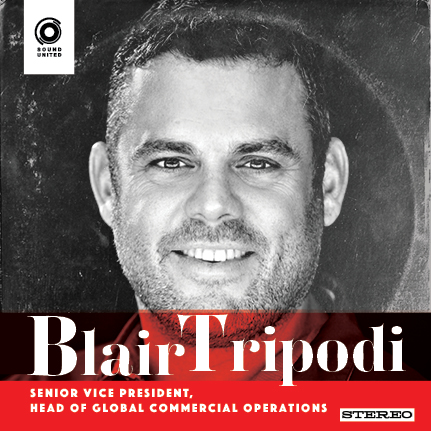 U2, The Joshua Tree